“This work is important to the U.S. Space Force since it provides satellites with propulsive capabilities that support space resiliency and space domain awareness,” said Corinne Sedano, AFRL group lead and senior research aerospace engineer. “The ASCENT monopropellant also provides satellites with the ability to manoeuvre without regret and streamlined propellant loading operations due to its low toxicity,” she said.

After completing this three-part trial, ASCENT thrusters will move on to the next stage. All of the campaign's data has been looked at and the findings will be applied to future thruster development.

“The next step is to move from a prototype to a flight weight unit, one identical to what would be placed on a satellite and operated in space,” said Sedano.

The ASCENT 1N thrusters were subjected to hot-fire testing in a vacuum chamber, which is a simulated space environment allowing engineers to study various scenarios in realistic settings and examine the engine's ability to function under operational conditions. The experimenters were able to determine how the airframe responded in terms of lift and drag based on data from sensors and instrumentation. The thrust produced was calculated using this data.

This test series continues the AFRL-developed ASCENT fuel, which was previously known as AF-M315E. Because of its low toxicity, ASCENT is considered a "green" rocket fuel.

Improved fuel efficiency and lifespans, as well as increased performance in space and better fuel efficacy, are all characteristics of the ASCENT propellant. ASCENT, which is also safer for workers to handle during load operations, was demonstrated in the successful Green Propellant Infusion Mission (GPIM) spacecraft, an experiment that orbited the Earth from 2019 to 2020.

After the success of ASCENT's on-orbit demonstration, the Air Force Research Lab (AFRL) has advanced ASCENT thrusters to fulfil the demands of various Department of Defense partners. Furthermore, these projects are focused on developing 1N ASCENT thrusters for small ESPA-class spacecraft. Future work with the ASCENT propellant will also look at larger thrust classes such as 22N and 100N, as well as higher thrust levels.

The Air Force Research Laboratory (AFRL) is the primary scientific research and development centre for the Department of the Air Force. AFRL plays an integral role in leading the discovery, development and integration of affordable warfighting technologies for our air, space, and cyberspace force. With a workforce of more than 11,500 across nine technology areas and 40 other operations across the globe, AFRL provides a diverse portfolio of science and technology ranging from fundamental to advanced research and technology development. For more information, visit www.afresearchlab.com.

The AFRL Rocket Propulsion Division has played a key role in advancing rocket engine technologies for the nation since 1952. AFRL has been a prominent player in nearly every liquid rocket engine developed and flown by the United States.

The aerospace sector can now call upon a new welding solution that reduces reworks considerably thanks to a Sheffield-based tooling specialist.

NASA innovators developed a new metal alloy that is significantly stronger and more durable than the components currently used in aviation.

In a move that has largely gone under the radar, Raytheon has decided to quietly create a new business unit to develop next-gen fighters and hypersonic missiles.

Aircraft components must be designed to withstand the extreme heat and pressure of flight. 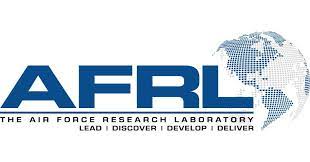 The Air Force Research Laboratory (AFRL) is responsible for product development and innovation within the United States Air Force.