BP announced the findings as part of its publicly available feasibility study into hydrogen and ammonia using renewable energy at scale in Australia.

The findings “support BP’s conviction that, with ‎its vast potential solar and wind resources, existing infrastructure and proximity to large, long-term ‎markets, Western Australia is an ideal place to develop large scale renewable energy assets that ‎can, in turn, produce green hydrogen and green ammonia for domestic and export markets,” the supermajor said in a statement.

The study did find that ‎significant scale will be required for general hydrogen fuel use to be commercially viable.

BP said it would continue to work with key stakeholders to develop plans for integrated green hydrogen ‎projects in Western Australia, defining the technical and infrastructure solutions, customer ‎demand and business models required for a successful development.‎

‎“This study confirms the potential for scaled-up green hydrogen in Western Australia; this looks ‎particularly promising in the mid-west of WA, which has existing infrastructure, access to land and ‎abundant renewable energy resources such as wind and solar. Importantly, our study also ‎confirmed strong demand from potential customers in the hard-to-abate sectors and for both local ‎and export markets; this has the potential to position Australia as a regional powerhouse of the ‎energy transition,” said Frédéric Baudry, president, BP Australia, and SVP fuels & low carbon solutions, Asia Pacific.

The study highlighted that additional infrastructure ‎investment would be required, particularly for port, electricity, and water services, depending on the location and scale.‎

Analysts also explored economic returns, and they found that for this to be effectively understood, the ‎renewable hydrogen and ammonia markets need to be further advanced. In addition, the study found that ‎a significant scale will be required for general hydrogen fuel use to be commercially viable.

“The magic figure is ‎producing hydrogen below $2 per kilo, and the pathway to get there is becoming clearer. The study ‎has highlighted that Western Australia ‎can become one of the major exporters of hydrogen in the global market through innovation, talent, commitment, and collaboration,” said Jason Fonti of GHD Advisory, which also participated.

Green hydrogen is produced from the electrolysis of water using renewable energy. It can be used ‎as a fuel and energy source in hard-to-decarbonise industries. Green ammonia is created by ‎combining green hydrogen and nitrogen (from the air). Ammonia can be utilised as a hydrogen ‎carrier, providing advantages over transporting pure hydrogen.‎

The UK government is starting to draw up a plan to create a ‘world-leading’ hydrogen market that can help meet its goal to zero out greenhouse gas emissions by 2050.

Recent findings at the University of Limerick in mid-western Ireland show some promising applications to solving potential global water and bushfire crises.

BP Says The ‘Ideal Place’ For Hydrogen And Ammonia Investments Is Western Australia Delivered Through Innovation, Talent, Commitment And Collaboration

You live in the UK and I live in Australia. How can we work together?

This is a question we get asked quite often. So, in this article, we'll look at some of the pros and cons of remote collaboration for our Australasian clients. 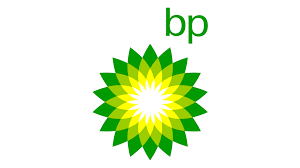 BP, a British multinational oil and gas company headquartered in London that provides energy to millions of people.